Holey moley1, it is only 72f, or around 22.2c in Portland, Oregon today right now. I sat outside this morning and worked on a giant presentation deck and it was wonderful. I would like more of this.

Here is a picture I took of two friends before they were cast in a Pixar film about loss, growing up, being a parent, loving and letting go: 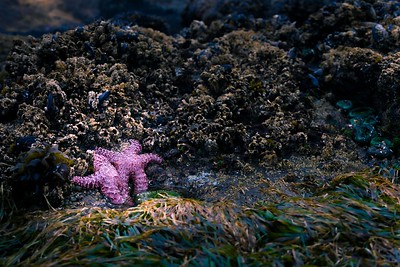 Some small bits and pieces today.

John Rogers2 is running for the board of directors at Writers Guild of America West and his candidate site is now live. Caught my attention because: Rogers is in the content business, it’s always interesting to see what sort of negotiations are going on in other businesses, in this case you get to see how Rogers proposes to deal on behalf of his members with how film and tv get made now that billions of dollars have poured in from the tech industry and all the rules have been thrown out the window. I mean, jesus christ, HBO/Discovery are going to do something about their male and female skew! Anyway, other interesting points: Rogers wants to reach out to videogame writers so as to not repeat the mistakes of reaching out so slowly and belatedly in the field of animation.

Kaiser Health News is clearly rapidly becoming one of my favorite blogs, this piece on TennCare, Tennessee’s Medicaid Agency, They Lost Medicaid When Paperwork Was Sent to an Empty Field, Signaling the Mess to Come3 is an example of not just not trying is a signal, but that the Medicaid agency is actively behaving as if they want as few people as possible to benefit from Medicaid coverage. I mean, that’s certainly a tactic to take, to be so opposed to a social program to make it actively hurtful and painful for beneficiaries to go through. In this case it’s not so much as not trying as it is intentionally trying to entrap otherwise entitled and eligible individuals and families. I sympathize or understand at least the impetus to want to save money and not waste money, but come on. This is bureaucratic sociopathy. Which again, is one of the reasons why I’m given to believe some Americans distrust government. And yet… Sorry, I could go on. I will not. That said, TennCare is the subject of a class-action suit related to eligibility and again I wonder about the effect of enforcement should TennCare lose. A Federal judge would be coming in and essentially saying: don’t be a dick, don’t use dark patterns to trick people, and… how would you enforce that? You’re going to have the equivalent of consent decree DOJ lawyers sit in the offices of Microsoft, reading about the upcoming releases of Windows and saying whether you’re allowed to do what you’re going to do? I mean, yes, but also, wait, how?

IEEE Spectrum is covering the sheer quantity of data Tesla is gathering4, and all I have to add to that is the caught-my-attention that it’s so cheap to store data, comparatively, that again, why not? It feels like it reinforces the “well, if it’s so cheap to keep it, we may as well keep it, never know when it’s going to come in handy”. The whole reasonable power dynamic as to what you can agree to, and what’s reasonable to agree to in a contract about data, collection and usage is still one that’s waiting for more societal feedback. Building off yesterday’s Reckons About DALL-E, I’ll just park moral rights here and then leave them.

Even smaller stuff / stuff that flew into and out of my head: DALL-E and so on generating slideware/presentation decks (today, prompted by the wonderful HBO/Discovery earnings call), GPT-3 being prompted into generating malicious payloads, and finally remembering that Sergey Brin is the one tech billionaire pursuing a strategy of move slowly, waft things and going hard on luxury giant zeppelins, lazily circumnavigating the globe, it’s almost as if no techbro billionaire could stomach moving slowly, what with all the supersonic transport private jets being funded, or even all the Fast Regional Electric Jets. Come on, I want my giant zeppelin and while I would very much prefer it to come about not because of a Tesla-esque competition and provocation, I would still like them.

Okay, that’s it. Around fifteen minutes.

How are you doing?

You just read issue #506 of Things That Caught My Attention. You can also browse the full archives of this newsletter.