Hello! It’s Tuesday, 30 August, 2022 and I am in an undisclosed location in England, part of a country that is currently undergoing its annual tradition of letting just a few people pick its next leader.

Here is a photograph I took of the sunset from the beach down the road. Don’t worry, it’s a sunset, not the atmospheric entry of a large civilization-killing object, or the aftermath of a nuclear detonation. I mean it is, but it’s really far away and is mostly harmless. You should probably wear sunscreen, though. 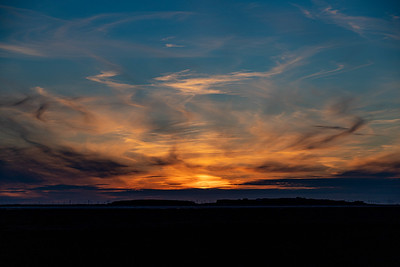 So the JWST just released its processed images of Jupiter and of course they are amazing and show no signs whatsoever of monolith infestation. These are the second set of JWST images I’ve instantly wanted to set as background/wallpaper images to the extent that I’m idly wondering:

Look, there is learning to code in the sense of learning how to, I don’t know, build a React app that’s a to-do list (do people get taught to roll their own blog CMS anymore?), and then there is the learning to code that is enumerating the lululemon website to discover unreleased product and that is just so heartwarmingly wonderful that I could just burst:

Caught my attention because: this is just so so so so good.

Lisa Messeri noticed that a recent cover of Variety looked more like Wired Magazine than Wired Magazine (which happens to be a big part of her forthcoming book). The cover story is:

Unicorn or Trojan Horse? Hollywood struggles to make sense of the bonkers world of Web3

… and it’s illustrated by some sort of horrifying Aibo-esque gleaming plastic robot dog wearing headphones, a speaker, a videogame controller, a 1/8in plug, a violin, and a tail made out of a dollar sign.

Which, imho, is very wired. Anyway! This is a thing because “this cover of Variety looks like the cover of Wired” is an incredibly succinct, stupendously dense, information-packed phrase to certain people who’ve watched the tech and entertainment and media industry try to outdo each other for the last 30-odd years (oh my god I’m old), which means they’ve, um, grown up with those technological changes. Anyway! It’s happening! (It’s been happening for a while). It’s been happening at… the speed of people getting older, more or less! It’s been happening as people and ideas swap ideas or whatever with each other and of course because technology and entertainment are background pervasive influences on society and culture so of course it was going to happen.

Something something technology something failed state something

Okay, here’s a few things thrown into an industrial cement mixer that is my head.

Holy crap is the energy situation in the UK absolutely and utterly fucked. I wrote that time was if you were around my age you might have anticipated energy or resource wars that would look like Mad Max or fighting over water over there, or maybe even long lines of refugees, again, over there but the reality is that in 2022 an energy / resource war or crisis looks like energy bills that have risen over 80% in the UK in the last 12 months and threaten to leave a horrifying number (i.e. more than zero) of people dead when winter comes (never mind over the record hot summer).

But no, the resource and energy wars do not look like that, they look like people freezing to death or dying from heat stroke and businesses closing and people going hungry and the thing about this is that all of those consequences are a choice and an ideological one at that, and you know me, so I’ll throw in a choice to not deploy the tools of civilization, i.e. technology, towards solving problems faced by people. Instead, you’d be forgiven for thinking that in general those technological tools have been deployed in service of, er, making lots more money. Which isn’t to say that there isn’t a whole bunch of technological infrastructure dedicated to things like cleaning water (apart from when you decide you don’t want to, and it would be cheaper to just chuck it in the sea, or if you decide you don’t want to because most of the people who would use that water are black), or to insulating homes, or to building wind farms, but the point remains that there’s a matter of degree, and there aren’t enough of the things that benefit everyone and there are lots and lots of things that benefit, well, a smaller number of people, and for the purpose of copy-pasting money.

Another way of looking at this is that the fiction of the 80s and 90s around situations like this might call for, I don’t know, a war to be declared and fought by a government on behalf of its citizens when its back is against the wall and many people are, well, dying, or facing the prospect of economic ruin or, well, death. But that is not happening. What is happening, instead, is that you can maybe have ninety quid, or three hundred quid, once, as a treat, and then maybe stop eating avocado toast, or using your toaster, or just bucking up and deploying a bit of that old blitz spirit and turning off, well, your everything?

So instead we have a city, a state capital in America in Jackson, Mississippi that boasts blistering 5G internet speeds on America’s best mobile network, and yet also appears to have just given up on providing potable water to its residents.

But, you know, there’s a utility company in Vermont that has a) a smart grid, b) subsidized the deployment of local electricity storage at the subscriber level, c) saved people money, and d) made those savings explicit. I mean, that’s how it’s supposed to work, right? It’s possible! It is almost as if (he says, imploringly, and not entirely facetiously, but in a manner he hopes is just plain speaking and persistent) all that needed to be done was to decide to do so.

Also here is a short story by David Erik Nelson called This Place Is Best Shunned and if you are already grinning then you’re welcome.

I am going to stop now. There’s probably more that caught my attention but I forgot it.

How have you been doing?

You just read issue #505 of Things That Caught My Attention. You can also browse the full archives of this newsletter.